Two nominations for life membership were received from ANGFA members prior to the November 2014 AGM.
It was unanimously agreed by the committee that these nominations be accepted.

Life Membership will be presented to Barry Crockford (VIC) and Ken Shaw (WA) in appreciation of their dedicated service to ANGFA. 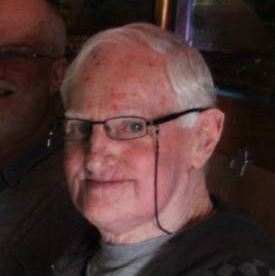 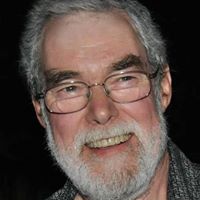 Barry Crockford has been an active member of ANGFA ever since its inception in the early 1970s.  Barry worked in the aircraft industry in Papua New Guinea in the 1960 and utilised his contacts to visit PNG with his own time and finances over the mid 1970s through to the 1980s and collected and brought back many rainbowfish to Australia, ANGFA and its members.  The vast majority of PNG rainbowfish present in Australia through the 1970s and well into the 1980s were brought into the country by Barry.  The list of fish included Melanotaenia goldiei, M. papuae, M. parkinsoni, Chilatherina fasciata, C. axelrodi, Glossolepis wanamensis, the Glossolepis maculosus fish Barry discovered in 1979 in the Omsis River and even the Peacock Gudgeon.  During this period of the 1970s up into the 1990s Barry provided many articles to ANGFA and had a number of his papers published in ‘Fishes of Sahul’.

Barry’s contributions to ANGFA and native fish however did not stop there as he established the ‘Rainbowfish Species Group’ (RSG) in the early 1990s with a few other ANGFA members to conserve many of the rainbowfish and particularly PNG rainbowfish which had substantially declined in numbers within the hobby at that time.  One of Barry’s major contributions within the RSG over the 1990s was performing a major breeding program for the C. axelrodi starting from only one small male identified in Melbourne and two mature females of only a few females and not one male identified in Queensland.  This was the total stock identified in Australia and from this micro-population Barry bred at least six generations over a 10 year period to bring them back to a strong healthy population which he released back out to ANGFA and the hobby around 2000.  Barry has been an active contributor within and supporter of ANGFA for over 30 years and particularly regarding ANGFA’s experiences with the PNG rainbowfish which would have been substantially less if not for Barry’s contribution to ANGFA and the hobby.

It would be presumptuous of me to claim exactitude in even a brief biography of someone I have the privilege to consider a friend, if that biography is written without his informed and wholehearted involvement. Since I was asked to not notify Ken of my intent to write this brief biography, such involvement was avoided.
Accordingly, I apologise for any inaccuracies in the following, particularly with reference to timelines, and hope that they are at worst minor.

Ken Shaw was born in Victoria in 1945, and spent his childhood in a small town in the Dandenongs. I remember his saying that the most enduring memories he has of that time, was never feeling really warm. This is probably one reason why he eventually shifted to metropolitan Melbourne.
Circa 1972, Ken left Victoria, with the intention of travelling around Australia. This intent was interrupted when he reached Perth, and set up a business in the northern suburbs. The success of this business led Ken to identify a potentially greater opportunity, and using his considerable skills he personally constructed the equipment needed to run an air-filter cleaning business, which was eventually housed at Jackson St in Bayswater.
I had the good fortune to meet Ken in the early 80s, when he attended a meeting of the Aquarium Society of WA. His quiet, self-effacing demeanour meant that for some considerable time (a couple of years at least), even when he became a committee member of ASWA, I failed to recognise the extraordinary talent Ken possessed as a collector. I learnt, over time, that Ken was an enthusiastic Koi keeper: to the extent that he established a pond at his business. Most people, on constructing a pond, think in terms of at most a couple of thousand litres. Ken’s horizons were not so constrained, and since neither was the space available so constrained, Ken constructed a lined earthen pond measuring some 20 metres long, by 10 metres wide, and 3 metres deep. To feed his sizeable koi collection, Ken utilised a small punt which he rowed to the middle of the pond in order to adequately distribute the food. By the time I came to know of this massive construction, Ken’s interests had shifted somewhat, and I only learned of the koi fascination on visiting the factory when Ken invited me out to see what was probably his earliest, and most enduring interest. This was his Bromeliad collection, which I understand was arguably the largest in Australia, and was housed in several massive shade-houses that covered more than half an acre behind his business, which was built on a property of several acres (hence the room for the koi pond).
About the time of this visit, it became evident that Ken was becoming increasingly interested in Australian native fishes. I failed to recognise the true depth of this new interest, and it took me somewhat by surprise when, in the early 1990s, Ken approached me, and asked if I thought it feasible to establish a Western Australian chapter of ANGFA (I had joined the National chapter of ANGFA several years earlier, and if my memory serves me correctly Ken had followed suit shortly thereafter).  Ken elected to assume my reply would be in the affirmative, and with characteristic energy, set about interesting as many others as possible in his plan. By the time he sought my assistance in inaugurating ANGFA WA, Ken had done most of the ground- work, and there was little for me to do except sit back and observe Ken’s energetic approach to his new project.
Despite the constraints of a relatively small population, the newly formed ANGFA WA developed an enthusiastic membership, and Ken, naturally elected as the president, fostered this enthusiasm to the best of his considerable ability. This included providing a meeting-room for committee meetings at his business premises for a number of years. These meetings were made particularly interesting for committee members because they meant access to Ken’s huge fish-room. This was, as Ken liked to describe, a”lean-to” built across the width of his business premises (about 20 metres), and some 5 metres wide. This housed a collection of some 250 or so aquaria, at that time containing a preponderance of native and New Guinea fishes. This became a genuinely impressive collection, to which Ken added considerably following a collecting trip to Cape York Peninsula after an ANGFA convention in Cairns (1995).On several other occasions, when circumstances permitted, Ken was one of few West Aussies to participate in ANGFA National Conventions. Ken also persuaded the Western Australian Museum to show-case local fishes, and set up the display for the museum in the late 1990s.
Following some changes in his personal circumstances over the years, Ken relinquished the presidency of ANGFA WA, but maintained committee membership during the early 2000s. Then circa 2007 Ken developed a serious illness that curtailed many of his activities: this included, a year or so later, being obliged to sell his business. During the turmoil of this time, while a lesser man would have retreated to a more sedate existence, Ken elected to build a new house, and established at the new property a sizeable shade house for the many bromeliads he retained, a shaded garden under a massive shade-sail, and of course, a new, if somewhat smaller fish-room which housed, once again, a significant proportion of native and New Guinea fishes.
Recently, ongoing medical problems have meant that Ken has been obliged to sell his house, and this of course has resulted in surrendering most of his beloved bromeliads and virtually his entire fish collection. I should note here that Ken’s passion for collecting included an impressive library, containing many collector’s-item books, with numerous tomes on fishes. I believe he intends to keep at least some of this library.
I see it as heart-breaking for my friend to be so separated from the things he loves, but, as the old saying goes; “You cannot keep a good man down”, so I am confident that Ken will manage to again surround himself, even if to a lesser extent, with those things that have in the past meant so much to him. He has decided also to continue, as far as possible, to see more of Australia as he started to do in the 1970s, and who knows: this may give him the chance to collect more of our fabulous Aussie fishes.